Which Side of History Will You Be On? 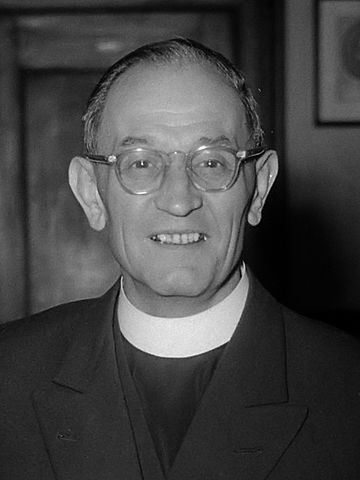 "First they came for the socialists, and I did not speak out—because I was not a socialist.

Then they came for the Jews, and I did not speak out—because I was not a Jew.

Then they came for me—and there was no one left to speak for me."


"Martin Niemöller was a German Lutheran pastor and theologian born in Lippstadt, Germany, in 1892. Niemöller was an anti-Communist and supported Adolf Hitler's rise to power at first. But when Hitler insisted on the supremacy of the state over religion, Niemöller became disillusioned. He became the leader of a group of German clergymen opposed to Hitler. In 1937 he was arrested and eventually confined in Sachsenhausen and Dachau. He was released in 1945 by the Allies. He continued his career in Germany as a clergyman and as a leading voice of penance and reconciliation for the German people after World War II."

Martin Niemöller: "First they came for the socialists..."